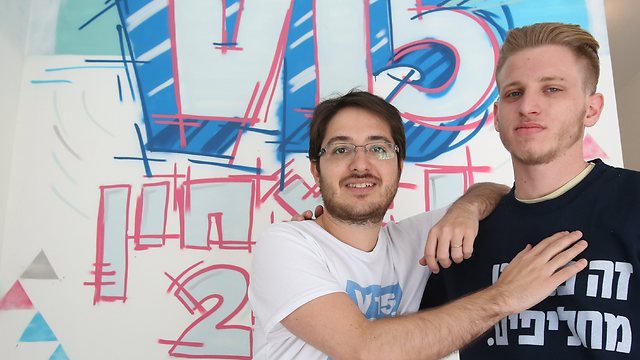 During the past weeks the Likud decided I’m their enemy and have started a full flanked attack on Itamar and myself. Here is an interview we gave to Yediot Achronot’s journalist, Yehuda Shochat.I love the photo, and really enjoyed reading the article.

Hope you’ll enjoy it as well.

I have a realtively busy week ahead, for I shall be hosting to panels on two different conventions!
The first is the new media panel at the Tel Aviv Student Film Festival. It’s today, June 7th, 2012, on 2012. This panel is about new technologies in the film industry. Suppose to be really cool and interesting.

The second is a joint convention for Mobile Monday and GameIS. The convention is part of Mobile Summit 2012, and is happening next week, June 12th, 2012. I’ll be hosting a panel about crowdfunding, mostly due to the fact I managed David Broza’s Kickstarter campaign on which we raised 65,000$, tons of money. This is going to be very interesting, mostly due to developments in the field within Israel and out of it – the JOBS act, the success of Indie Game Developers to raise mony like it and so on.