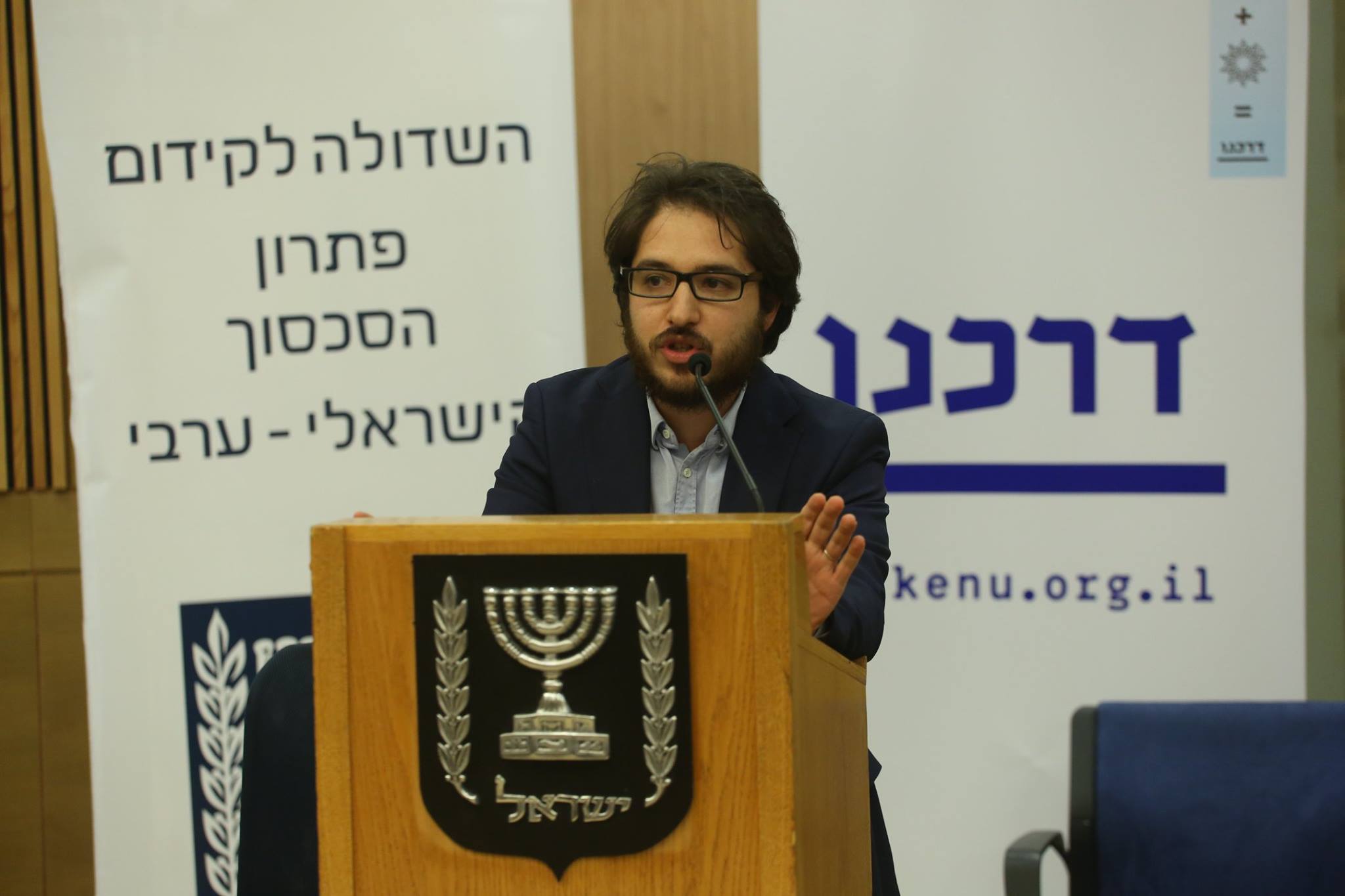 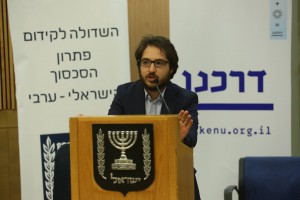 Today, 14.12.2015,I participated in the event of the caucus to resolve the Israeli-Arab conflict. The event was organized by MK Hilik Bar and Darkenu, the movement I founded with friends. It was exciting, a lot of MKs from various parties – Shas, the Zionist camp, Meretz, Kulanu – attended, gave speeches and supported the event and the overall cause. Here is my speech:

“Thanks to everyone for coming. There is a very special meaning that there is an event in which representatives from the Legislative join ordinary citizens, in order to hold a meaningful discussion about the future. Our statement is a statement full of hope. As a citizen, I wonder about the future because I am an optimist. As human beings, I believe that this is our nature. In the choice between melancholy and hope, our nation, chose the hope. It is in our anthem, our prayers, the education system and the youth movements. I think all of us here believe that things can always be better, and it’s up to us. We trust one another to reach an understanding, and as a citizen I trust the elected representatives to offer a way for a better future. Voting and for this elected officials or another other is a moral choice which reflects a certain way for a certain future.

We are meeting here under the title “Just Power Or Also A Policy”. The title reflects that by the usage of force, which is a legitimate means of achieving goals, there should also be a policy. The policy should be led according to certain moral choices. The policy should reflect them. Both the executive and legislative establishments lead these choices. My expectation as a citizen is to hear from the elected representatives a plan, to hear there is hope and direction. I want a plan that will help me in my life, help me to imagine the life of my generation, the next generation and the generation afterwards in the light of hope. Unfortunately I am disappointed. Again and again we are told nothing could be done, everything will be the same. The dialogue is aimed at the present, to life itself. This is a defeatist discourse that keeps me away from my most basic right as a citizen – the right to believe that life will be better here. If I do not get this right, there’s no point in anything. If I do not hear that there is hope, that there is a plan, that there is a future, I will despair.

We, the citizen, are paying a very heavy price due to the pessimistic discourse. We pay it by blood, we pay it with lack of hope. Young people examine Berlin, a relocation and hope for an exit that will take you abroad is everywhere. A feeling that I am, as a young man, unable to actualize myself. When there is no hope, you do not trust your fellow citizens. The social capital erodes. The other becomes an enemy. We are after Hanukkah and throughout Israel there were events dealing with racism, internal violence and hatred. It is the price of hopelessness. Everyone is looking to blame someone. Everyone is looking for the scapegoat on duty. Friends, we have to fight it, it kills us. the way to give a fight starts by placing a policy, by placing a vision and reinforcing the belief that all the people here want that thing will be better.

This caucus is a caucus to resolve the Arab-Israeli conflict. Too many times I got into discussions about the future and heard the same answers. The Arabs are the same Arabs and the sea is the same sea. The way to solve the conflict goes first of through the Israelis. We Israelis can not move in the passive defeatist policy that is named “the conflict management approach”. It’s not who we are. When did we, the people of Israel, were known for waiting and waiting? The current policy says that what has been has always bee, and whatever there is is what we have – is not the ethos of our society. The is not what we build our national home upon. Initiative, program, policy and great faith in ourselves, This is our way as Israelis. We know that we can defeat any challenge before us. We know that our country is powerful and strong. A proud country. We are optimistic people who are capable of great deeds. We will change our discourse. We’ll talk about how we manage the resolution, not the conflict. We will talk how we will do so externally and internally. This is a discourse of hope that this is who we are, this is our way. Thank you.”